Listening to the music of Victor Young is always a treat but in this case it is even more: It reminds me of the very beginning when my passion for filmmusic started. Composers like Max Steiner, Erich W. Korngold and Victor Young come to mind thinking of the past. Just think of Steiner's marvelous score to the John Huston flick 'The Treasure Of The Sierra Madre'!

The Quality of Young's score is astounding. Even now, more than 50 years after the movie screened, it works and it is a great pleasure to listen to. Those were different times and the studio system was current, the composers were still under the influence of the romanticism of late 19'th and 20'th century. One can hear that in almost every tone. Maybe composers like Young and Steiner had also a different musical education at that time.

But the music also reflects the era of filmmaking. Nowadays a movie is jam-packed with action and computer generated images, decades ago the actors and the story also human emotions were ostensible. Ernest Hemingway wrote the famous novel and later complained about the loss of political statement in the movie but he also loved it, especially the performance of Gary Cooper. Even then Hollywood laid the focus on the love story and truly this is one of the best ever.

The score starts and ends with the tolling of bells and inbetween there is lush romance, thrill, action and passion. Young uses the full panache of the orchestra and as a solo instrument the violin ist predominant. As the motion takes place in Spain Young integrates Spanish idioms in the composition throughout the score which makes the music very attracive indeed.

When you concentrate and listen to the music carefully you get an idea about how filmmusic is able to enlarge human emotion. It takes over when the power of the spoken word ends. For that matter the score to 'Whom The Bell Tolls' is a prime example.

It is difficult to distinguish one or the other cue because the whole composition is a masterpiece but if you are in lack of time just listen to 'Maria's Story' oder 'Roberto's Farewell'. Without any doubt: You'll love it!

Varese published the score by Victor Young in an excellent production. The sound quality ist pristine, the booklet is worth reading. From time to time you have to sweep back into the Golden Age just to get an idea about what filmmusic sounded like in the past century. Listen to Rozsa, Steiner, Korngold and Young - it will deepen your appreciation for your hobby.

'For Whom The Bell Tolls' is not only a classic, the score is one of the best of that era and a honest recommendation to all who love this kind of music. In particular younger generations should give it a chance. It will take so time to adapt to the style but in the end the result be rewarding.

The music and the novel are so popular, actually the hard rock band Metallica used the bells in a piece with identical name. 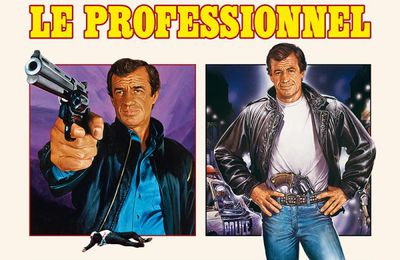